Sail with us on grass

Grass is no place for boats, but there is a place and the only route in the world, where we sail for several hours by boat, and then take part of the route/cruise by land on a trolley.

Today, many will think that such an idea does not make any sense, but history shows that the olden engineering thought in Warmia and Mazury tends to surprise us time and time again. The Elbląg Canal was designed to connect East Prussia with the Baltic Sea.

The Elbląg Canal with all its branches is over 150 km long and is the longest navigable channel in Poland connecting Elbląg with Ostróda, Iława and a network of lakes, locks and slipways.

The building of the canal, which began at the end of 1844, was aimed at shortening the transport route of wood, grain and other goods from Warmia and Mazury of former East Prussia to Gdańsk across the Baltic Sea.

The biggest technical problem in the construction of the canal was the significant difference in water levels between Drużno Lake and the village of Buczyniec, which was about 100 m over a distance of about 10 km.

This height difference has been levelled by building a set of 5 slipways, which are rail hoisting devices mechanically powered by the water flow force. Thanks to the slipways, boats are placed on the so-called trolleys and dragged along the track by steel ropes powered by a waterwheel.

The Elbląg Canal, built between 1844 and 1881, is considered worldwide a unique monument of hydraulic engineering thought and in 2011 was declared a Historical Monument in Poland.

The most popular route of the Elbląg Canal is the Elbląg-Buczyniec or Buczyniec-Elbląg route called “By boat on grass” leading through the ornithological reserve on Drużno Lake which has a system of 5 slipways. Cruises from May to the end of September are organized daily.

The Elbląg Canal cruise is great entertainment for the whole family and friends and a great idea to spend your free time. While relaxing, we learn about the beautiful nature and rich history of the region, and the experience and memories of such a cruise will surely stick in our memory for a long time.

We cordially invite you to visit the website of  Żegluga Ostródzko-Elbląska (Ostróda-Elbląg Shipping), which organizes cruises of this technological wonder. 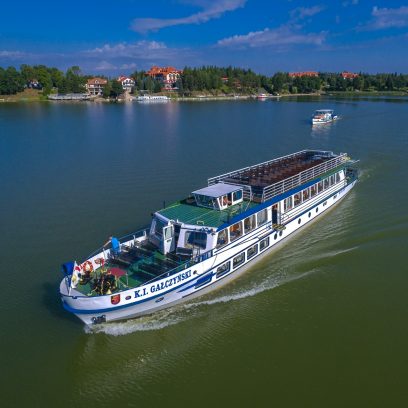 Cruises round the Great Masurian Lakes 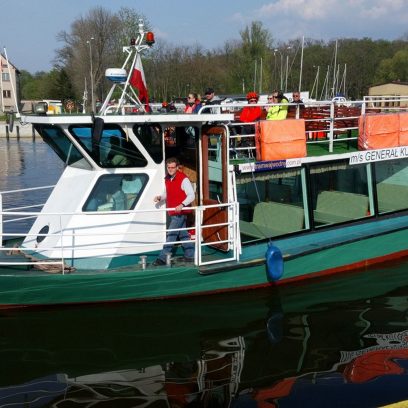 Cruises on the Vistula Lagoon

The Vistula Lagoon is a bay of the Baltic Sea, stretching east of the present mouth of the Vistula, separated from the sea by the Vistula Spit - a narrow strip of land partly belonging to Poland and partly to Russia. 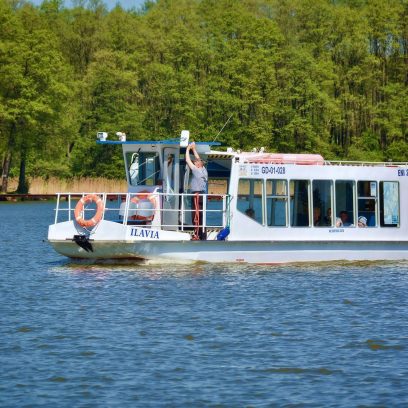 Water tourism is a unique and very popular way to spend time in Warmia and Masuria. The region attracts crowds of people willing to relax: both those who actively enjoy water sports, as well as those who prefer peace and quiet and choose cruises on the lakes.